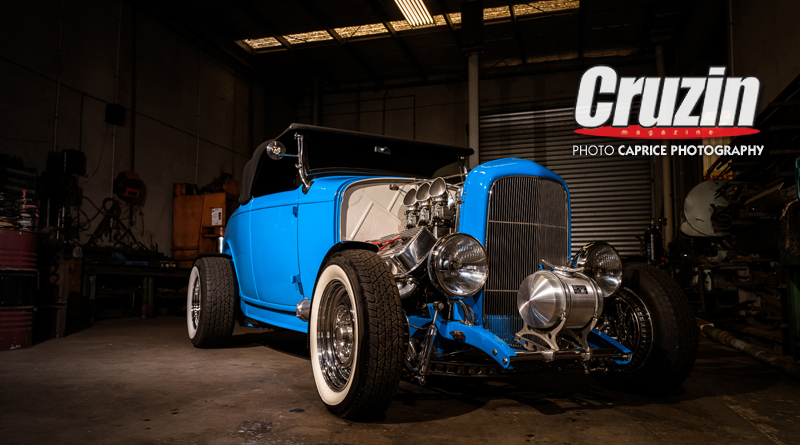 When you’ve spent your youth flipping cars and tinkering under bonnets before constructing a multitude of street machines and drag cars, sometimes it’s nice to build something that just goes together. Nothing too wild and gets you out on to the wide open black top without hassle. Les Sherry has done just that with this deuce roadster. 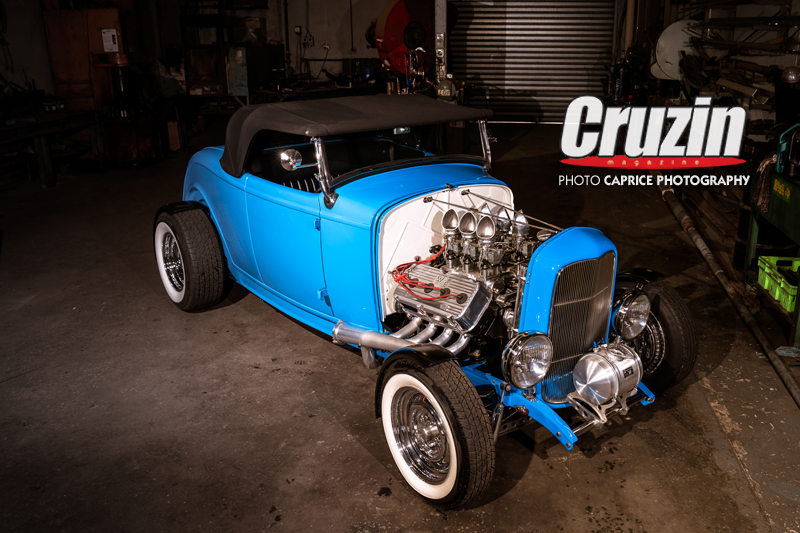 After building his own rotisserie to aid in the construction of the frame, Les had himself a rolling chassis with all the trimmings. The SoCal front end runs a chrome plated dropped I beam axle suspended by a parabolic single leaf that gives the roadster a surprisingly pleasant ride. Popular Wilwood disc brakes bring the show to a halt when required while a 9 inch diff running 3.55:1 ratio gears is held in place with a four link. Chrome steelies shod in BF Goodrich rubber keep it all rolling.

The real star of this traditional rod is the Chrysler 392 Hemi overflowing from the engine bay. Les decided he didn’t need to do much to the vintage mill, relying on the combination of cubes and Chrysler’s legendary hemispherical head design for what must feel like 1,000 horsepower in the lightweight roadster. He did tweak the heads slightly before bolting on the Edelbrock intake and a sextuplet of Holley 94s. 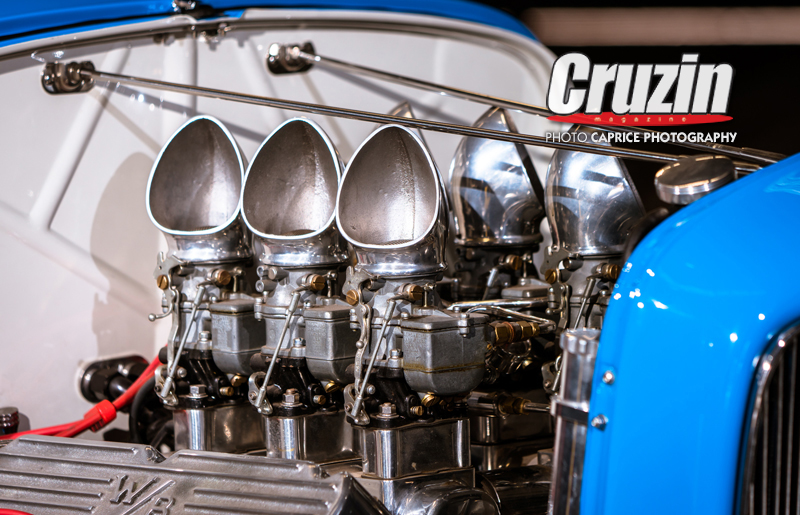 The Glasurit blue hue covering the swoopy coupe was one decision taken out of Les’s hands. 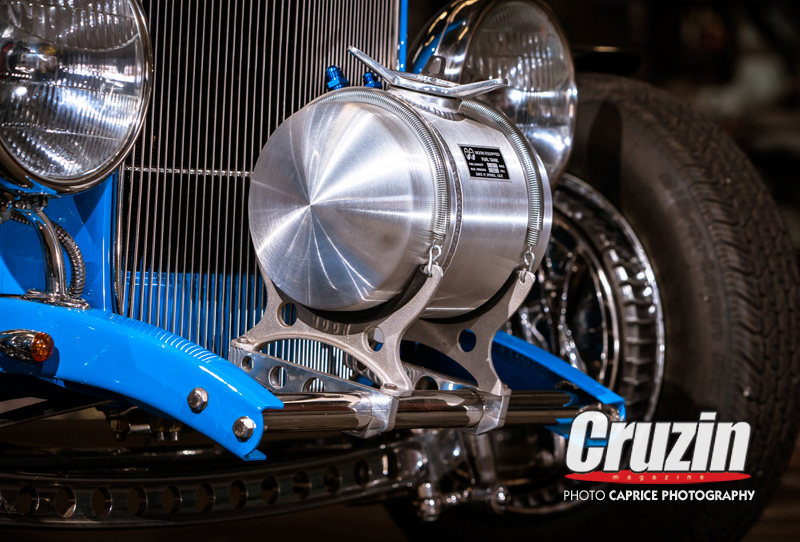 Keeping any unseasonable weather at bay is a black Sid Chavers Bop Top that Les reckons is just right. It’s easily removed for those summer time cruises as well.

“I checked out a bunch of different roof styles in America but I reckon Sid’s are the best on the market. They look good and are well built.” 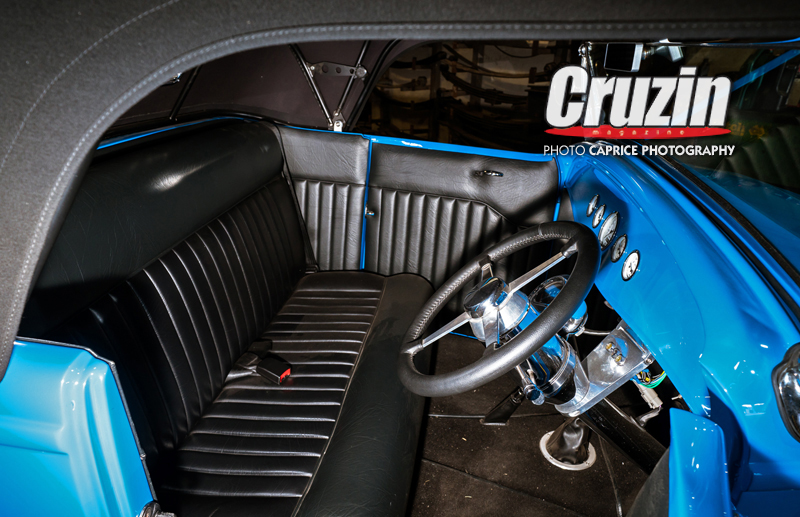 Mark from Dynamic Trim got the nod for the interior and set about covering the Glide seat in black vinyl along with the custom door trims. An Ididit steering column and four spoke tiller keep her pointed in the right direction while shifting gears is done with a Lokar shifter. A Mooneyes tach keeps the revs in check while Autometer gauges deliver the rest of the vital information. 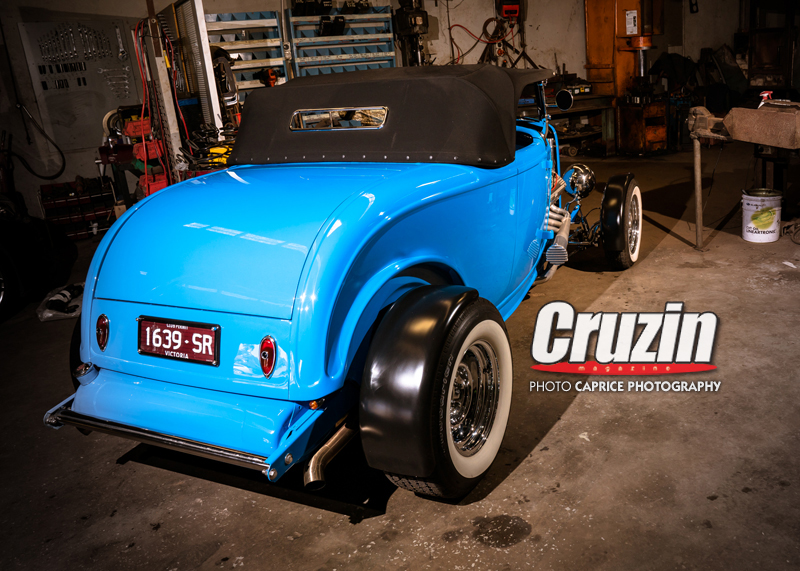 With over 300 various automobiles passing through Les’s hands in his lifetime, I asked him what was the inspiration behind building this rod, to which Les simply responded, “I like building cars. It gives me something to do in my spare time.”

Do we need a better reason? 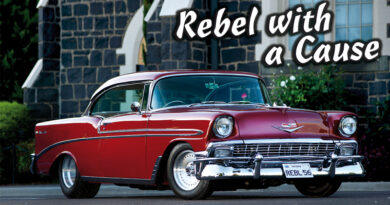 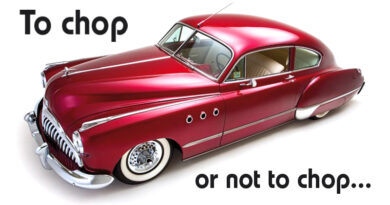