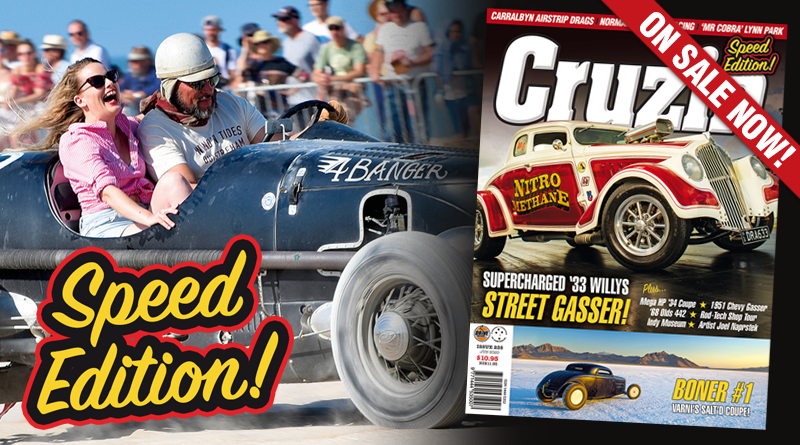 Yip yar! We’ve dialled a bunch of horsepower into the latest edition, starting with Shaun and Tracey Pask’s 1933 Willys coupe on the front cover. This full house gasser packs an amazing finish, aluminium interior and a hefty punch with an 8/71 blown small block, but best of all it’s been built for the street!

Paying more homage to the drag strip is Terry Pyle’s 1934 Ford coupe, tubbed and slammed and prepped for nine second quarters. There’s another gasser for good measure – A.J. John’s that guy that has maybe too much fun but his ‘Tetanus Shot’ ’51 Chevy is a good lesson in not taking life too seriously.

From strip to salt, we look at American identity, Dennis Varni and his Bones-built ’34 coupe. It’s made for the street but definitely inspired by the great white dyno.

Finally it wouldn’t be a Speed Edition without a muscle car, and Winston Spiteri’s 1968 Oldsmobile 4-4-2 not only shines under the hood but will hook you with its curves.

It’s not all photos in the park though, we twist the tacho at the Carralbyn Old School Drags on one of the most picturesque air strips you’re likely to see. Our French connection also fills us in on the first Normandy beach race as rodders and racers from all over Europe and the UK converged on this historic site.

But wait, there’s even more! We look at the astounding collection of Lynn Park, a Ford Cobra fanatic since the sixties, but a hot rodder at heart as well. Coming back to Australian soil, we delve into the working of Rod-Tech, an Aussie company we should all be proud of. Dig fast art? So do we, which is why our featured artist for the Speed Edition is Joel Naprstek, who rarely draws something motionless!

Grab it at your local, or order your copy online and pay no postgae in Australia, or for a limited time, New Zealand as well. Visit https://www.drivebuy.net.au/collections/cruzin-magazine 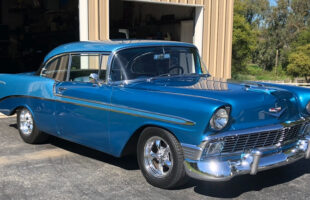 The 31st Anniversary Chrysler Expo is more than a Chrysler-only shine and show and swap meet, extended to include a