Following in the footsteps of their first release, Book of Gow, the Rolling Bones crew have released a follow up title, Gas Oil Water.

Sequels are rarely as good as the first, so this isn’t one. Sit in on a 2,500 mile road trip with a dozen Rolling Bones hot rods to Bonneville. Get behind the wheel with Keith as he pushes his Y block-powered deuce closer and closer to his 200mph goal. Kick up some dust at El Mirage, race a steam train down a mountain and be part of a very cool private outlaw Rolling Bones event.

Learn a little more about how the Bones build their cars. It’s been said that they don’t have very many tools BUT they have limited skills. Think about that. Watch on as they chop tops, build chassis, roll pans, belly pans, set up front and rear ends and more. These are the guys that get by on bare essentials.

Artist Tom Fritz has again created another masterpiece for the cover jacket and over the past twelve months, some of the most talented hot rod photographers from all around the world have been riding along, capturing incredible locations, events and moments in time.

As with Book of Gow, Gas Oil Water features all new material, beautifully packaged into a large format, hardcover volume with foldouts. The print run is limited to 2,500 books and all copies will be signed by all of the Bones crew. 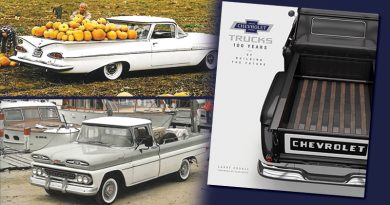 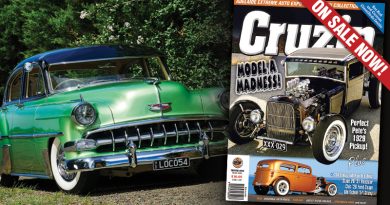