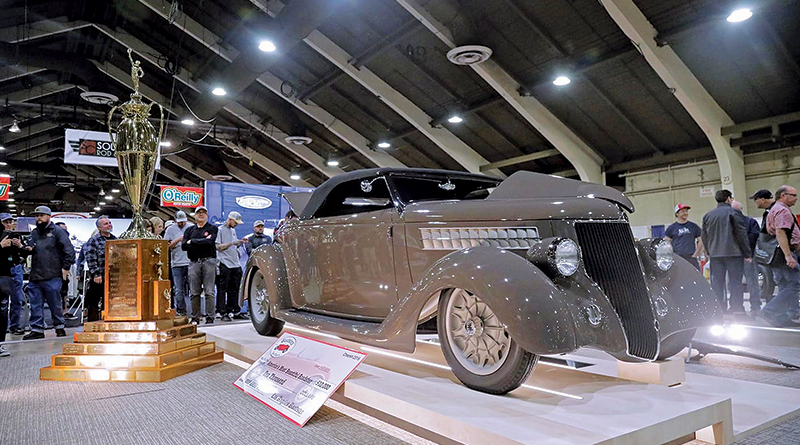 While the best hot rods and customs in the country battled it out at the Victorian Hot Rod Show in January, the same was happening in California at the Grand National Roadster Show. Its signature prize – America’s Most Beautiful Roadster – is arguably the most famous and sought after in the world. From as early as 1950, hundreds have tried for it, yet just dozens have succeeded.

This year it was George Poteet’s 1936 Ford ‘Three Penny’ roadster that defeated 13 other contenders for the coveted award, and represented the first AMBR in Poteet’s extensive hot rod resume. From show winners to competition kings, there’s little left for Poteet to conquer.

“This is the granddaddy of all shows, it feels pretty good to get this,” he said when he briefly spoke to Autoweek after the award.

The roadster was built by Eric Peratt and his team at Pinkees Rod Shop in Colorado. The AMBR win is also a massive achievement for Pinkees, who have previously won the Grand National Roadster Show Builder of the Year. 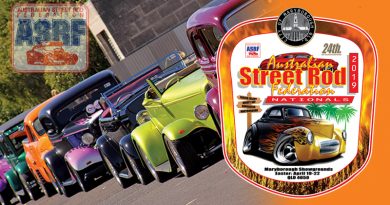 First off we have to address two things; Smurf is the owner of this unique ‘32 Ford tudor and ‘BALLS’