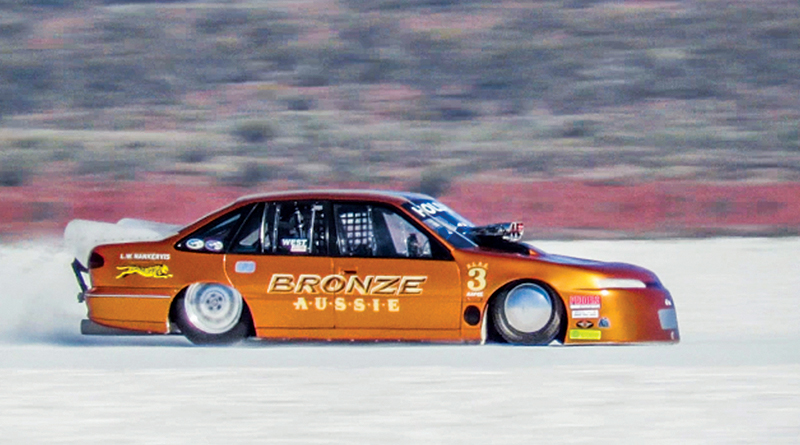 In Cruzin #220 on sale January 24, Aussie Norm reports about Lionel West and the Bronze Aussie Commodore, the world’s fastest four door sedan. Rod Hadfield has retired from the team while Lionel West, Brian West and Benny Hancock will continue to campaign the car in their quest for 300mph at DLRA Speedweek, which would be an Australian record.

The car and crew have had their fair share of set backs since 2001, the biggest occuring at DLRA Speedweek 2018 when the car became airborne at 270mph! Lionel walked away without a scratch but the Commodore is toast.

Work has already begun on a new car using a donor VR Commodore body, with DLRA Speedweek 2020 in their sites. To aid in their quest for 300mph, the race team have declared that anyone willing to put in over $100 in sponsorship will have their name written on the car and will be part of the famous Bronze Aussie team.

Details on how to donate can be found on the race teams website www.bronzeaussie300mph.com or via their facebook page. 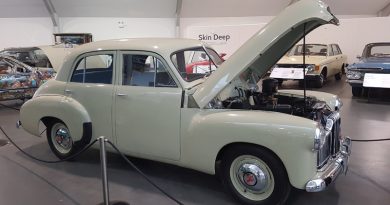