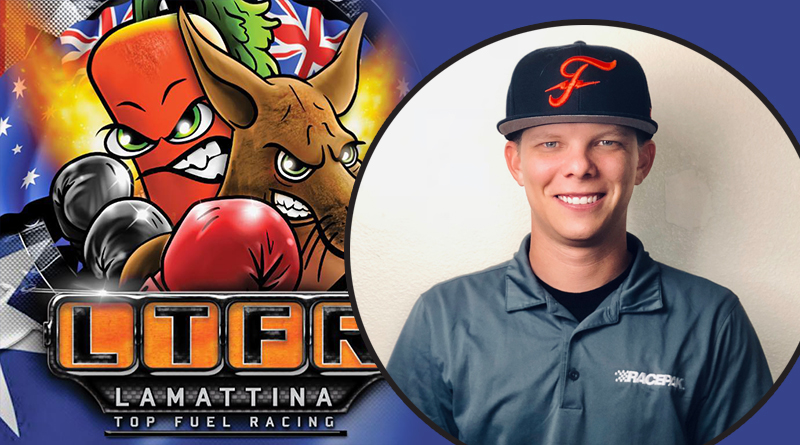 Australian championship winning Top Fuel team, LTFR have confirmed young American racer, Cameron Ferré will be the driver of the YBI Creative dragster for the Santo’s Summer Thunder in Sydney this weekend.

Ferré explained, “I was so stoked when my buddy Richie Crampton called asking if I would be interested in filling in for him down in Australia, I could not say yes fast enough. I have been working hard here at home to continue my Top Fuel career in the NHRA but a chance to get behind the wheel in Australia was too good to be true. And to have a guy like Richie recommend me to Phil and his team is very humbling. I have some big shoes to fill, Richie is an awesome driver.”

Ferré’s last event in Top Fuel was the NHRA season finale in Pomona where he drove for Terry Haddock Racing, qualifying 13th and was eventually eliminated by current NHRA World Champion Steve Torrance.

Ferré has been driving dragsters for 20 years. He started in the Jr. Drag Racing league before finding success working his way through NHRA sportsman cars such as Super Comp, Top Dragster, Nostalgia Nitro Funny Car, and Top Alcohol Dragster and now has his sights set on making a move in Top Fuel.

When he’s not racing, you can find Cameron working within the racing industry as the Marketing Manager for Racepak Data Systems.

“Drag Racing is such a huge part of my life and I am grateful for every opportunity I am given to progress in the sport,” Ferré said. “To be able to drive for the Lamattina team and be teammates with the current Australian champion Kelly Bettes is awesome. They have great equipment and people on the team and I cannot wait to meet and work with them all. I am definitely going to soak up as much knowledge as I can while I am down there, maybe even a little Sydney sunshine too.”

The Lamattina Top Fuel Racing team is one of the most dominant drag racing teams in Australia. The team’s primary driver Kelly Bettes is coming off a big win at the New Year’s Thunder event. Running the second car this weekend with Cameron driving will help them gather more data for their run at the championship.

Team boss, Phil Lamattina concluded “Cameron is a promising young guy and to have him in our team will be a great way for us to improve our cars as well as his driving. Sydney is just up the road from our race shop but it’s a long way for him! We will make sure he’s feeling at home by the time we get him on the race track.”

Santos Summer Thunder kicks off this Friday January 18th, with racing running throughout the weekend. 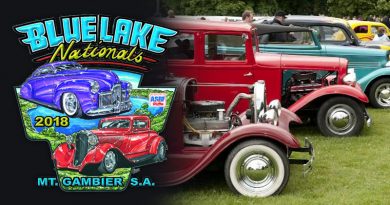 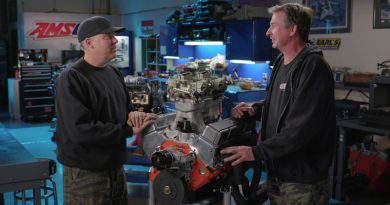 Rolling off the production line for the first time in Dearborn, Michigan, the impact that the 1932 Ford V8 would

Paul Body is like many of our grass roots readers, where passion for old cars is sometimes outweighed by limited