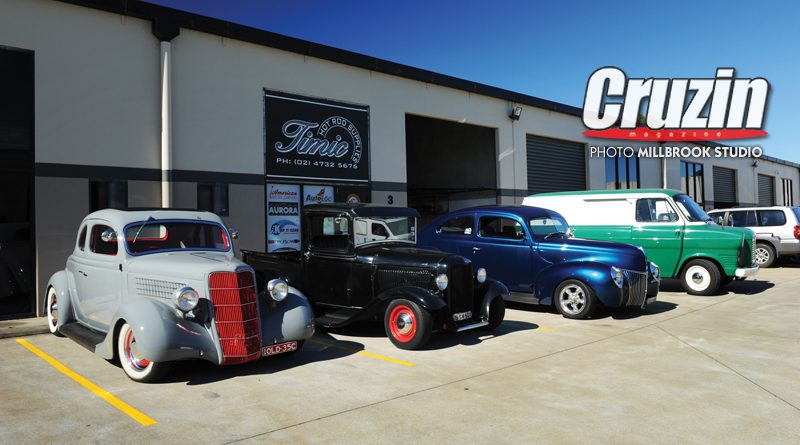 Located in the Sydney suburb of Penrith, Timic Hot Rod Supplies is the creation of Tim Buggy and Mick Tozer. You don’t have to be Sherlock Holmes to grasp where their trading name derives from but they say many local enthusiasts still don’t know what they do! With a parts supply outlet, fully equipped workshop and a passion for the types of vehicles commonly found in Cruzin magazine, they’re well equipped to deal with your project, your weekend warrior and even your daily driver.

“As mates for over 30 years, we were selling bits and pieces at trade shows and swap meets,” Mick divulges. “Tim got hurt in a car accident and I got fed up with what I was doing, so we opened the shop 10 years ago. Regardless what anyone says, Jenny (Tim’s wife) is really the boss!” he laughs. 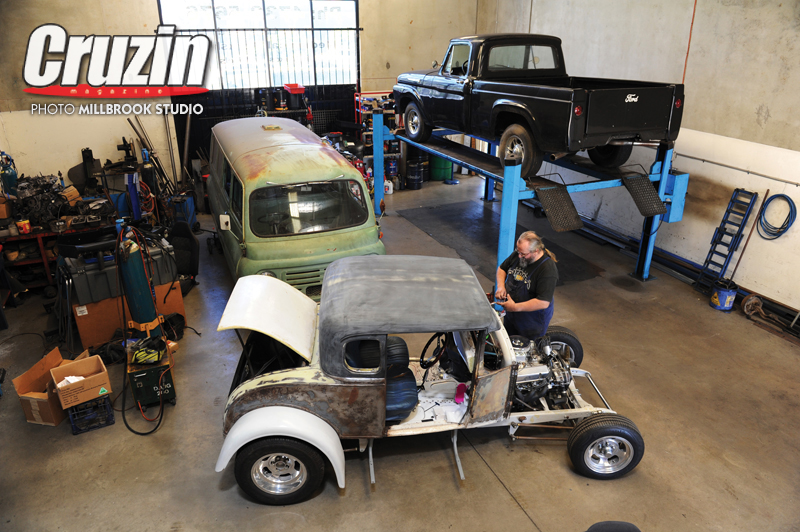 Although he’s a certified welder, Tim is the parts and paper man while trade qualified motor mechanic Mick, is the tools guy. Together they are qualified in most automotive skills and can tackle almost anything in the fully licensed workshop. “Custom wiring installations have been on a steady increase lately and we have completed a lot of hot rod projects that have stalled for some reason or another,” revealed Mick. “The only thing we don’t do in house is paint, but we have a good contractor that we trust for that.”

Speaking of Jen, regular visitors to Sydney Dragway with an appreciation for nostalgia would undoubtedly have seen a little Fiat Topolino dubbed Wildfire burning up the quarter, capable of low 8s at almost 160mph. Jen is the one at the wheel. “We bought it with the intent for me to drive and one day she asked to sit in the car,” says Tim. “Then we got it started for her and she has never got her arse out of it since. It was an evil car when we first got it, but even with the front wheels five feet off the ground she wouldn’t lift. Photographers love her!” 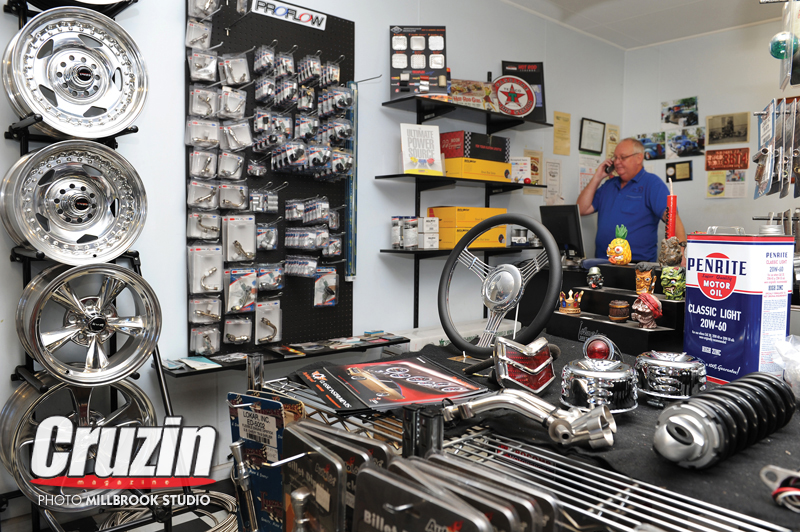 Tim adds that you will not get her to the track to watch a race… just to steer. She said it was the most boring thing she’d ever done,” according to Tim after visiting a large drag meeting with him as a spectator. “She loves to steer and usually reads between passes. She does watch some of her mates in the same class… occasionally,” Tim says.

With Mick and Tim having always raced cars in some way, shape or form, their knowledge of performance is an admirable companion to their work ethic. 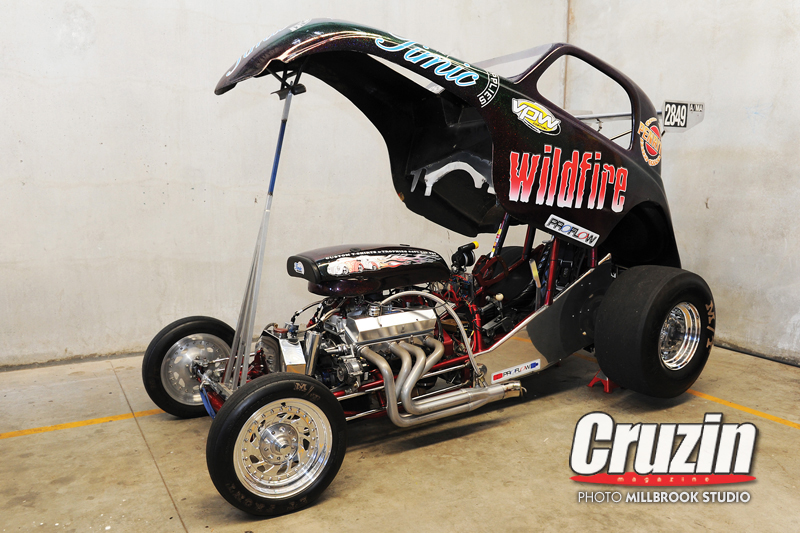 Looking for brands? Timic is an outlet for M&H tyres for street and strip, Ridler wheels and a full range of Pro Force safety gear. If keeping your pride and joy pristine is a part of your weekend ritual, a complete line up of Surf City Garage cleaning products is always on the shelf. “We use and recommend Roadkill Expert sound dampening in the cars we build and have it in stock. If there is a part we don’t have, we can normally have it in a couple of days of ordering it,” Tim adds.

On the workshop floor, hot rod building, driveline conversions and even basic log book servicing is all on the agenda. Need MIG, TIG or OXY welding, including aluminium and chrome moly? They have it covered. “We can build your hot rod chassis to whatever stage you like,” Tim explains, “all the way up to a finished vehicle. We supply and fit air bag suspension or can modify your suspension to suit your needs.” 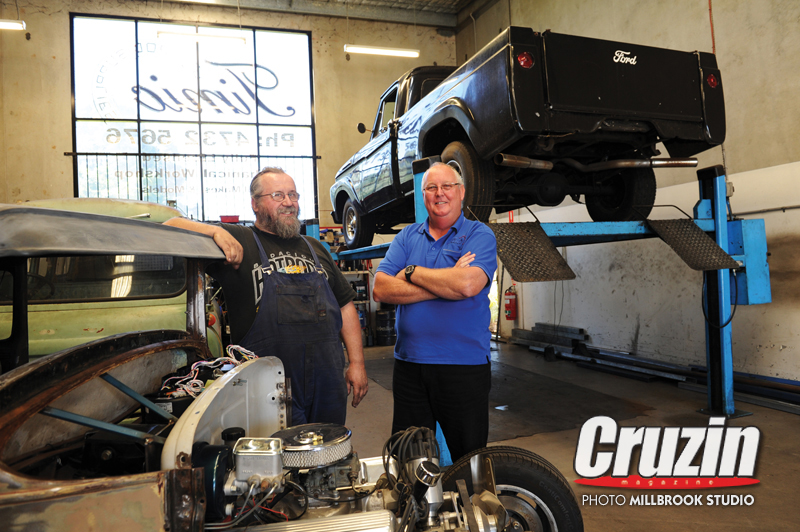 You’ll find the welcome mat out at Timic from 8am-5pm Monday to Friday, and Saturdays too unless they’ve gone racing! Look them up in person, or online at www.timichotrodsupplies.com.

CLASSICS FOR CLASSICS AT DRAGWAY

That was the dilemma facing Shane Monopoli as his 1949 Buick lay in bare metal. It was Justin Hills’ 1949

After investing almost 2,000 hours into this Chevy coupe, first time rodder Darian Morano is enjoying his time in the