Unmissable by its Kool Aid colour palette and potent power plant accomplished with a high level of attention to detail, one would be surprised to learn that this delicious Deuce is the first hot rod pieced together by its owner, Ian Sampson. Yes he’s had a trial run, wrenching on a 1926 Chrysler tourer many years ago with three of his mates pitching in, but it was never finished. Fast-forward to present day and Ian is cool as a cucumber cruising in his completed tudor that consumed more than six years of hard labour and a deflated wallet.

So let’s step back to the beginning, as we can see that the end result was worth the journey.

“From the start of the build I knew what I wanted.” Ian explains, “not a slick swoopy creation or a down in the weeds rat rod, but somewhere in the middle. A car you might see at Bonneville, something I loosely call ‘Hollywood Salt’. Cars that are art, innovative, creative and yet still look traditional…that was the aim anyway. It had to be a hiboy and it had to have three pedals.”

Other key points of Ian’s visual concept were the traditional big and little tyre combination, lakes style pipes and an engine that would feature prominently without compromising drivability. While he’s never been totally removed from cars with character, owning an assortment of Mopars and notable Fords over the years, it was hot rods that stirred his teenage automotive soul… 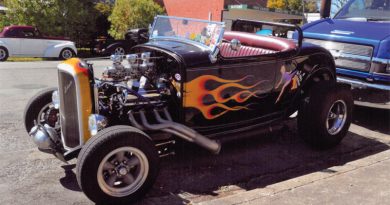 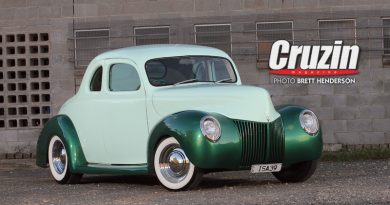 To your average Aussie hot rodder, the name Airide is synonymous with ground scraping cool rides and bagged out beasts